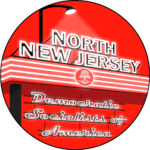 We are socialists because we are opposed to an economy organized for private profit that produces gross inequalities of wealth and power, discrimination based on race and sex, brutality and violence in defense of the status quo and toxic poisoning of our natural resources.

We are socialists because we believe that working people should run both the economy and society democratically to meet human needs—not to make profits for a few.

Now is a critical time for action—during a world pandemic, record levels of unemployment, lack of health care, growing homelessness and poverty and increasing environmental catastrophe. Now is the time to join us in the fight for Medicare for All; racial justice; a Green New Deal; ending poverty and hunger; and a better future for all.

If you want to build a better world—join us!